While upgrading the Wikibrains server I encountered a few snags, I had to bypass these issues by following these steps:
Purging the RVM/Ruby installations: (source)
open new terminal and validate environment is clean from old RVM settings (should be no output):
if there was output, try to open new terminal, if it does not help then restart your computer.
install RVM:

creating the application with neo4j.rb:
by giladmanor at 6:08 PM No comments: 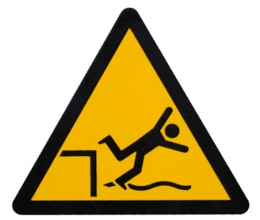 As part of my search for a nice visualization scheme for my projects, I've stumbled upon to consecutive libraries that are manages by the same team of people (owned by Mike Bostock).

The first one is the Protovis library that is no longer under active development, but does have a very nice feature set.

The same team went on to develop a new visualization library called D3.js available on Github.

A simpler set of visualization tools can be found at the flot JQuery plugin. These are mostly linear charts with limited animation, but very useful for most cases of visualization requirements.

In case something really fancy, 3D with a touch of gravity is required, there is always Mr. doob with an assortment of amazing webGL stuff. My personal favorite being the Ball Pool.